Even though the first Road Trip was credited to Bertha Benz (wife of Karl Benz, who we all know invented the gasoline-powered car), the Road Trip is truly an American Icon given in part to Route 66, American movies, and our own road trip memories. Just the idea of the road trip conjures images of Wyatt and Billy, Otter, 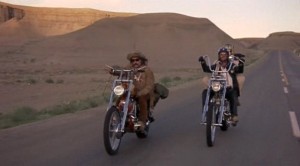 Boon & Flounder, Clark ogling “The girl in the red Ferrari”,  or your own college shenanigans.

The last week of 2011,  I took off from Dallas to Ruidoso, New Mexico on my own road trip. As usual, I think getting there is half the fun.   My version of roadgeeking involves spotting interesting vehicles and driving through random towns along the way.  I won’t bore everyone with the number of Wagoneers or FJ-40′s I saw in fields, but here are a few pictures of my trip.

My choice of vehicle for this trip is the 80 Series Toyota Land Cruiser. Gas pours through this truck like it’s free, but the four wheel drive and scooter hauling capabilities make up for it. 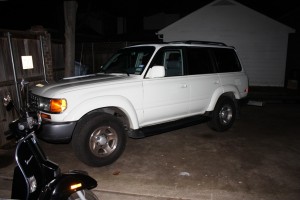 It's 5:00 AM and take-off time. The truck is equipped with a scooter hauler in case I find a Lambretta in the middle of nowhere. 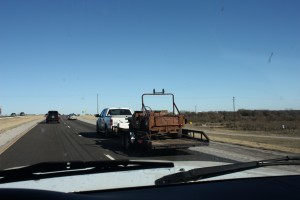 Barn-find Willys Jeep on a Trailer. 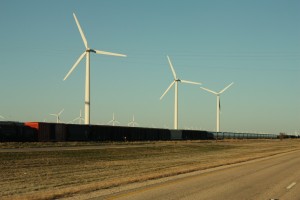 I pulled over to snap a shot of an old tractor in a small town, and much to my suprise was a mid-1950′s “handle-bar” scooter leaning against the barn.  It’s an Italian made Vespascooter that was sold by Sears under the Allstate brand. Just, fyi, I was able to contact the owner after a little sleuthing. 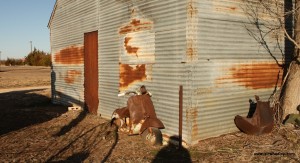 Very weathered and mising some parts, but still an interesting barn-find.

Many Allstates have surfaced in rural communities. Farmers and ranchers bought them right out of the Sears, Roebuck & Co. catalogue. 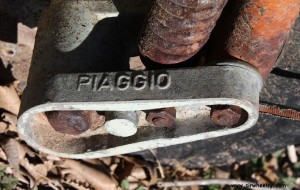 Piaggio is the parent company of the iconic Vespa motor scooter. 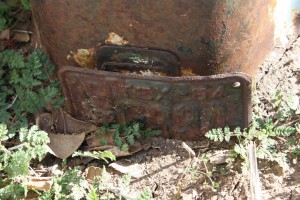 Texas license plate from 1964. Apparently the last year it was registered.

I continued west and stopped to hunt for  fossil specimens just south of U.S. 84. I’d heard this area was a good place to find Cretaceous area Pelecypods and Echinoids. 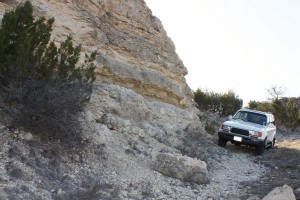 Here are the cleaned examples of the oyster fossils I found. I believe these fall under the genus, Texigrypheae: 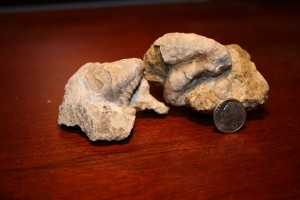 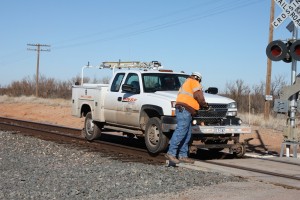 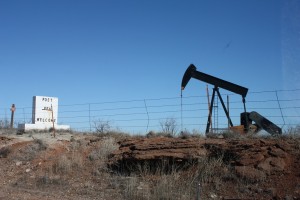 I hit some snow in far West Texas as I crossed into Eastern New Mexico. I saw an interesting antique rideable train and had to sneak some photos. As soon as I hear back from my train experts I’ll post up what this thing is. 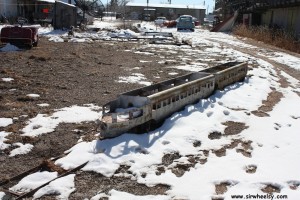 Yes, the golf cart is a Harley-Davidson. 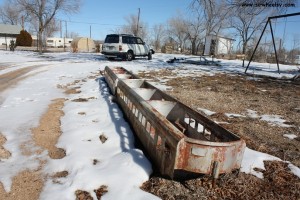 These shots were taken through the fence of a great junkyard in Roswell, New Mexico. Thanks to my cousin, Bryan Wofford, for giving me the tip about this place. 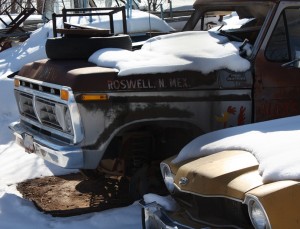 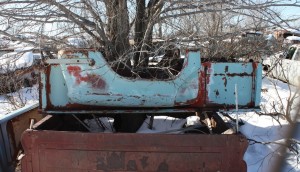 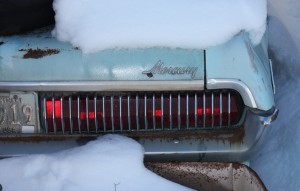 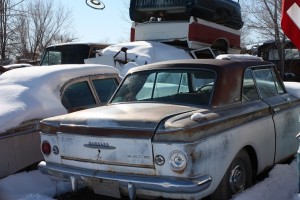 After driving almost 600 miles I get into the mountains outside Ruidoso. I don’t recommend taking pictures through the windshield while driving on twisty mountain roads. I really don’t recommend photos that include borring Chevy Cavaliers either. 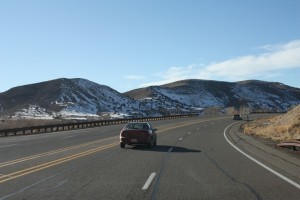 A few days later I coasted the entire way home. Thanks for reading. -Grant