Skip to primary content
Wes Anderson’s first movie, Bottle Rocket, was released in 1996 and was the first glimpse into the world of Mr. Anderson. Just like his subsequent films, the automobile, a bicycle, or even a minibike or go-cart adds a new dimension to his perfectly-placed characters and scenes. There are always some interesting vehicles in his movies.                 Yeah, he gets it.
There are a few locations from the film still standing around Dallas and Hillsboro, Texas. 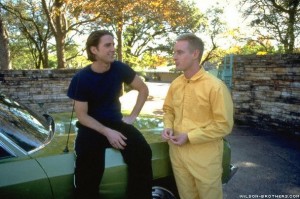 “Whose house is this?” was our first quiz question and we had someone correctly answer that is was  Bob Maplethorpe’s. I wished I would have taken that picture before I sent my Honda Trail 70 to live out on the farm.

The driveway of the Frank Lloyd Wright designed house in Dallas: 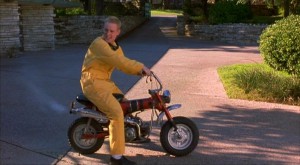 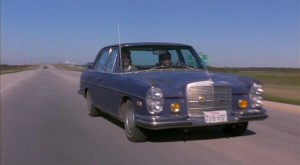 I believe the building used for Mr. Henry’s hideout has been demolished. If it’s still standing and someone can find it, please let me know. I’ll send them a copy of the film. 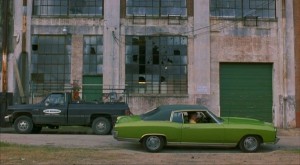 Is this Applejack's or Mr. Henry's Chevrolet Monte Carlo?

The guys try to rob Hinckley Cold Storage at the end of the film. 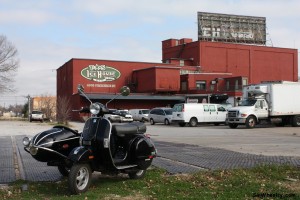 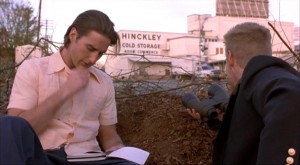 Thanks to the Internet Movie Car Database for some of the images. Please be sure to ”like” the Sir Wheelsy Facebook page.  Thanks! – Grant