As an avid collector of vintage motor scooters, I have always loved the Lambretta. Beautiful Italian styling, the ride, and technology sets it apart from everything else. 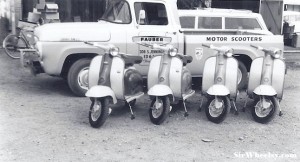 The service entrance with some Series 2 Li's and a TV175.

Lambrettas were manufactured in Milan, Italy, by Innocenti and  other worldwide licensees starting in 1947.  Production  continued in Spain and India long after Innocenti closed.

The Lambretta was a constant rival to Piaggio’s Vespa throughout the 1960′s and the Golden Age of the Italian motor scooter. 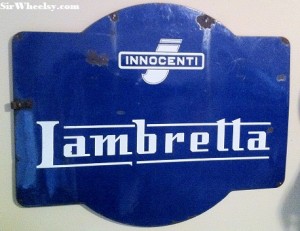 Sales of scooters started sliding during the late 1960′s and Innocenti ceased production in 1972.

The Italian Lambrettas are the most coveted and sought after by collecters around the globe. For a complete history of the Lambretta, check out Vittorio Tessera’s  book, Innocenti Lambretta: The Definitive History. 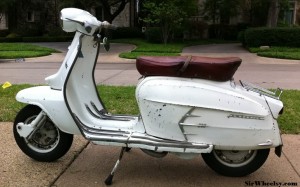 Last year, through the Lambretta Club USA, I came in contact with the family that owned the local Fort Worth and Arlington, Texas dealerships in the late 1950′s and  1960′s. Their family photo album is an absolute treasure of Lambretta photos from that period. More posts will be coming with their photos, but I thought a few they received after a trip to Italy would be a great start. In November 1963, US dealers were invited to the Innocenti factory for an Italian Holiday. 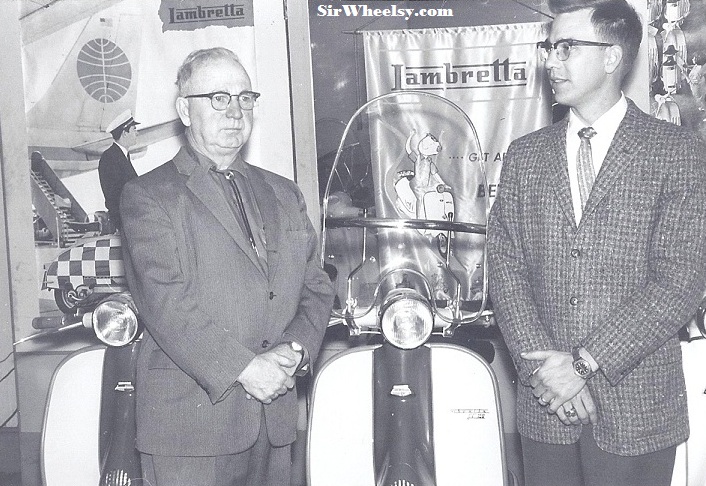 The owners in the Lambretta corner of the Ducati, Norton, & Cushman Dealership. 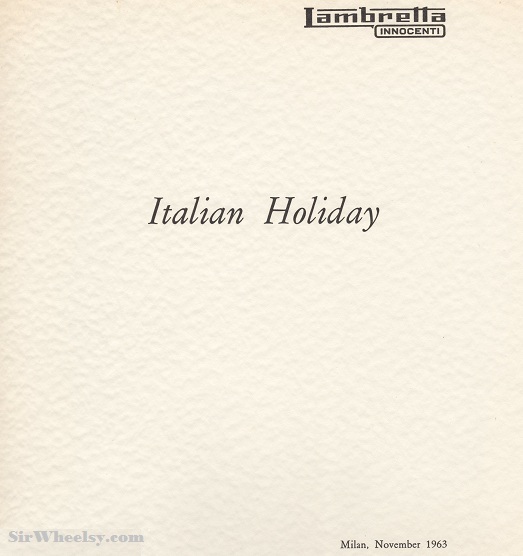 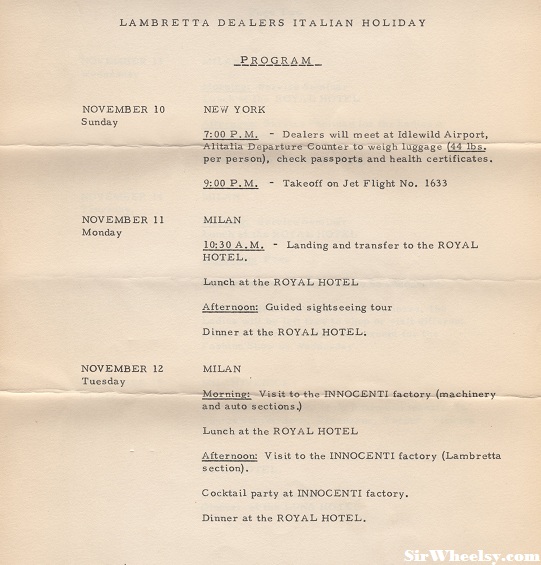 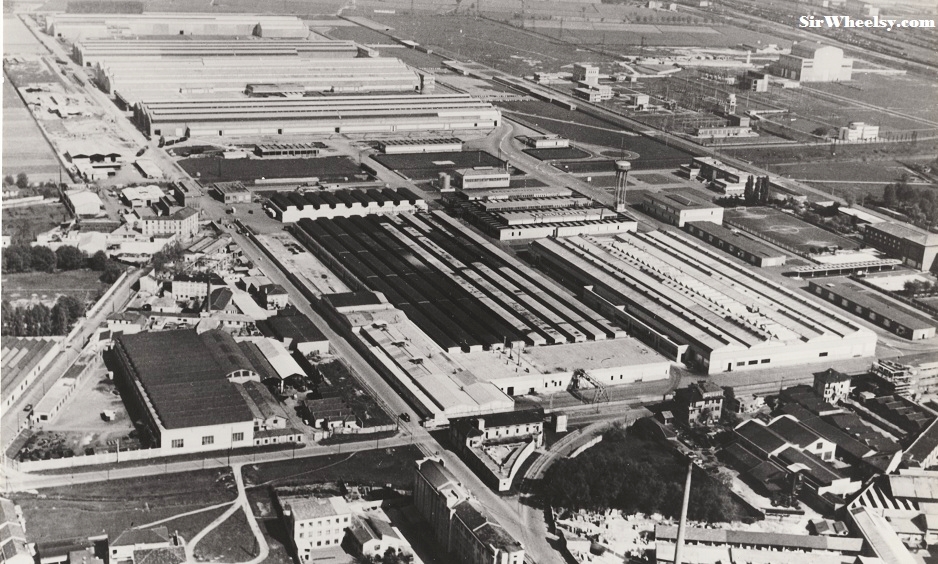 The back of the original Innocenti factory photo. 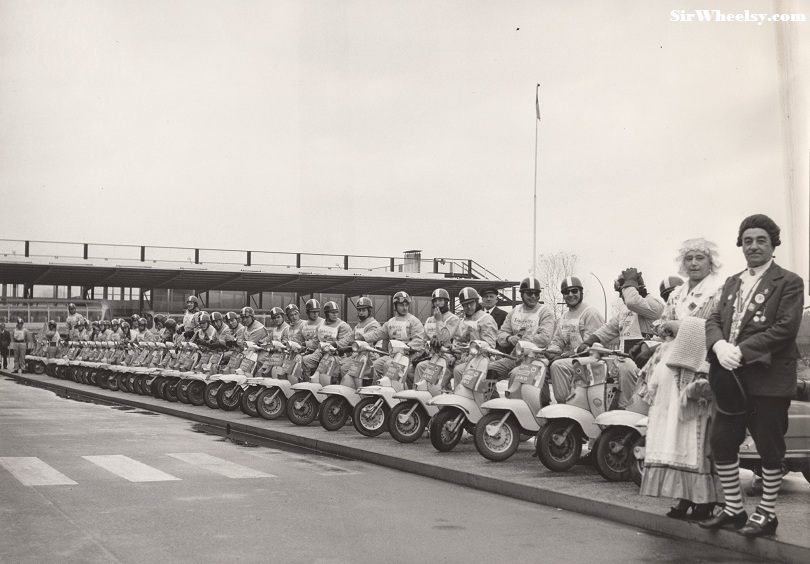 The Lambretta Club of Milan. 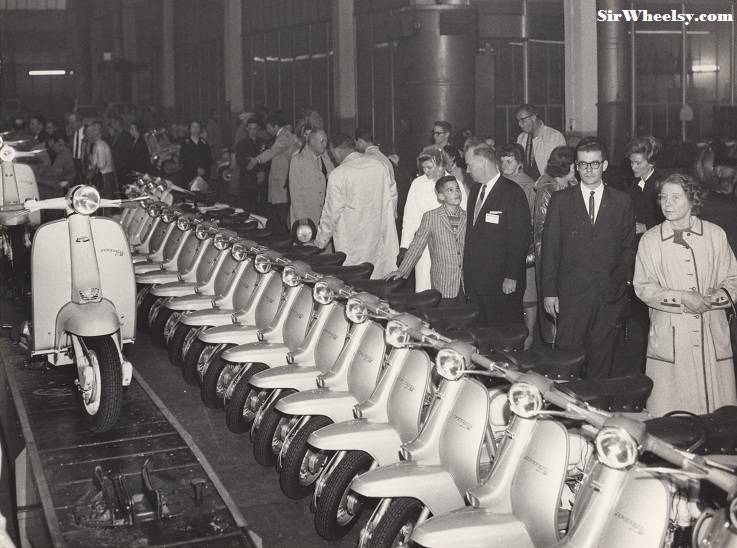 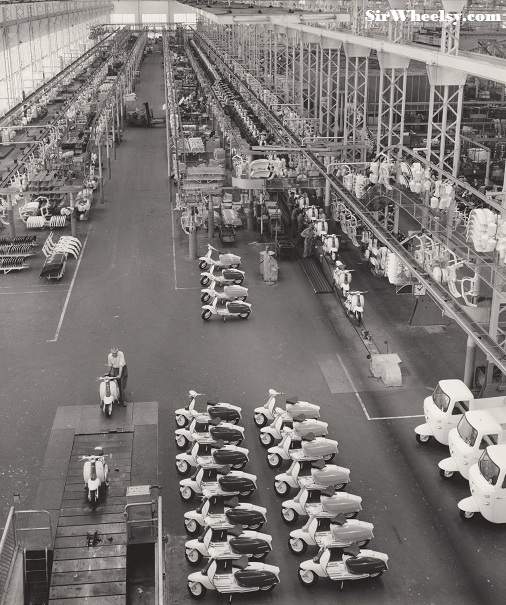 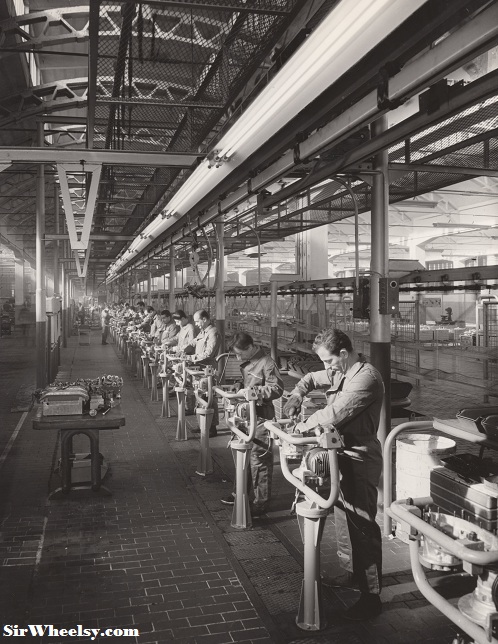 Thanks for dropping by and please “like” the Sir Wheelsy Facebook Page if you enjoyed the photos. More Lambretta pictures will be coming soon.

I encourage anyone interested in vintage Lambretta’s to join  LCUSA.  - Grant Griffin

A recent shot of a few local Lambrettas. Picture courtesy of Anthony Armstrong.

A fan of the Sir Wheelsy blog sent us a picture to share. Adrian is a motorbiker with Lambrettas in his blood from the Podgorze district of Krakow, Poland. Here is a picture of his parents in 1974 on Strzelecka Street. The Lambretta is a late 1950′s LD 150. Thanks, Adrian! 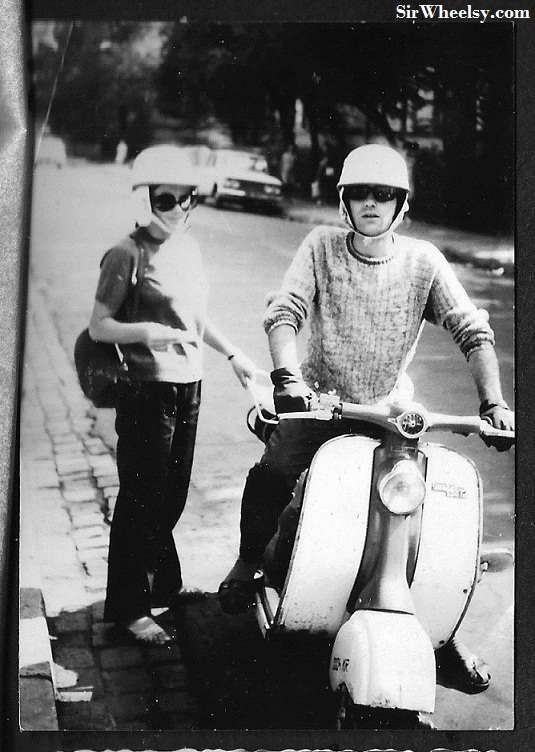