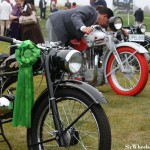 This was the third year motorcycles were shown on the 18th fairway during the 2012 Pebble Beach Concours. The 62nd Concours featured a German Motorcycles Class.

This has to be one of the most stunning motorcycles I’ve ever seen and the pictures truly don’t do it justice. This 800CC BMW R7 prototype won First In Class. The bike is the only one in the world and part of the BMW Group Classic collection. 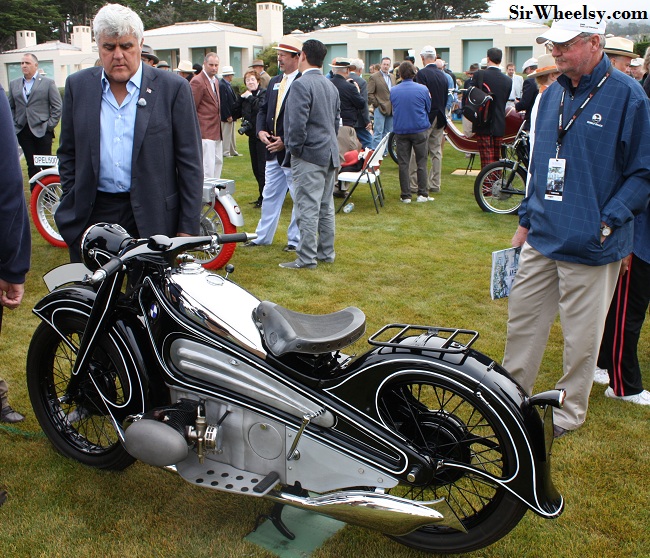 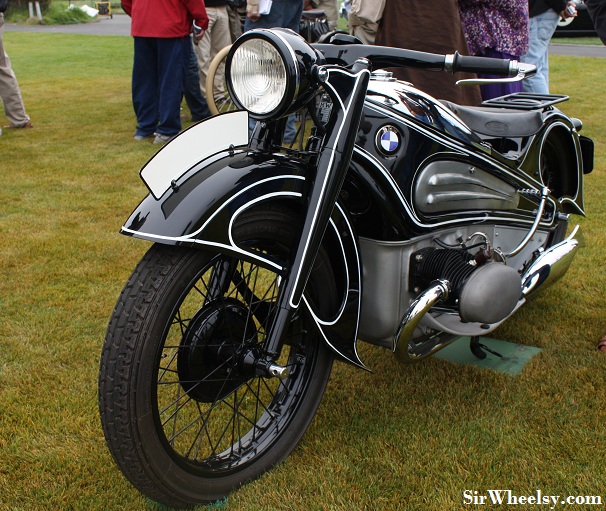 Front view of the BMW R7 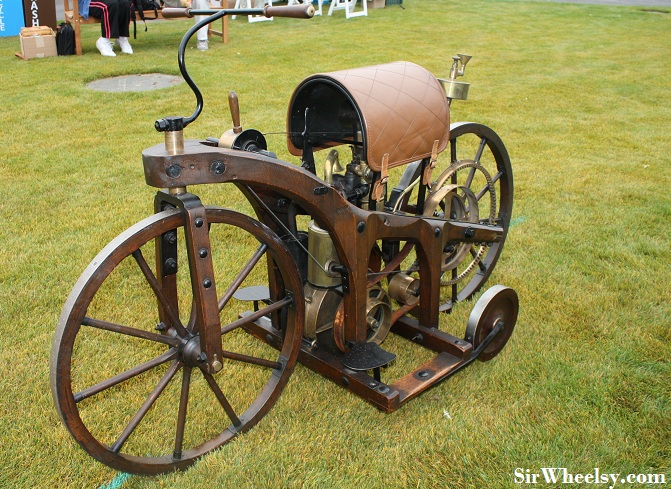 This Imme R100 received a green ribbon for making the 60-mile Tour d’Elegance a few days prior. 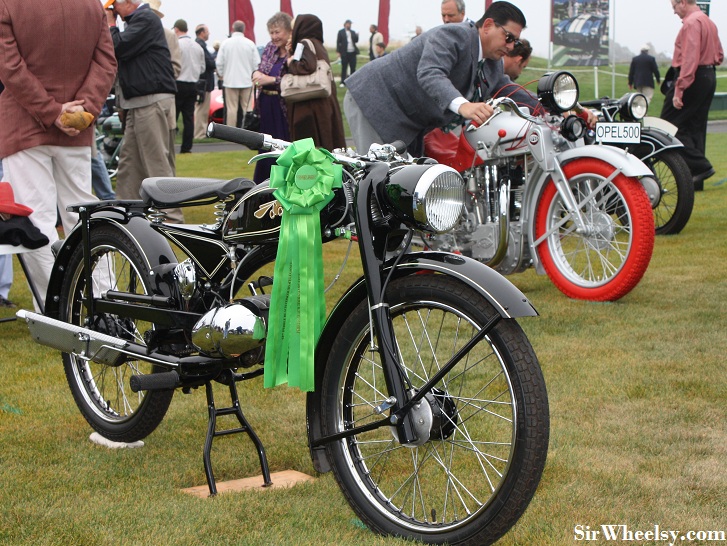 The Opel was having brief starting troubles early in the morning before the judges made their rounds. It’s never fun when your antique bike won’t start and I could feel the owner’s nervousness. 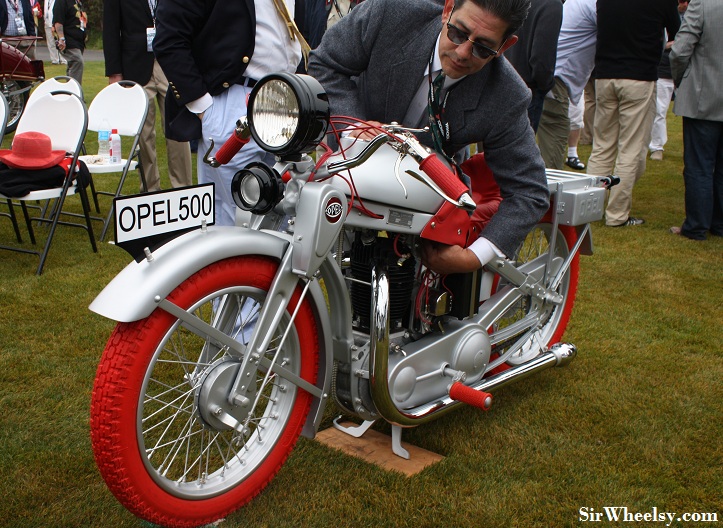 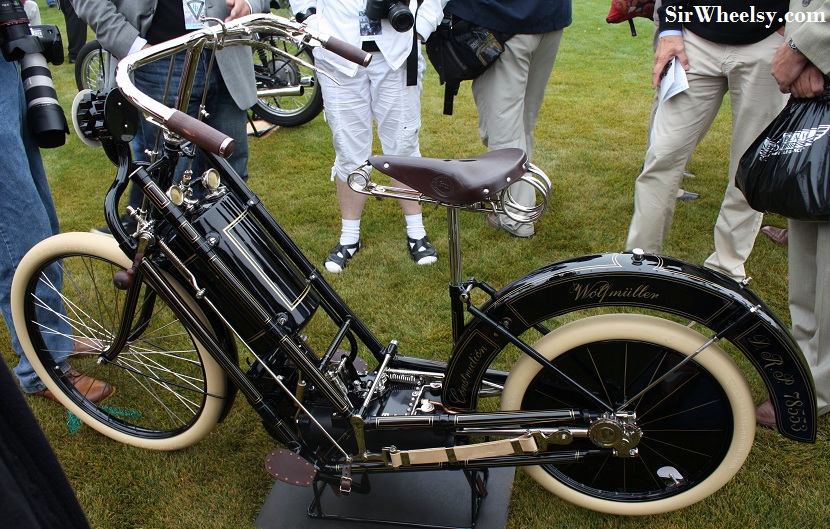 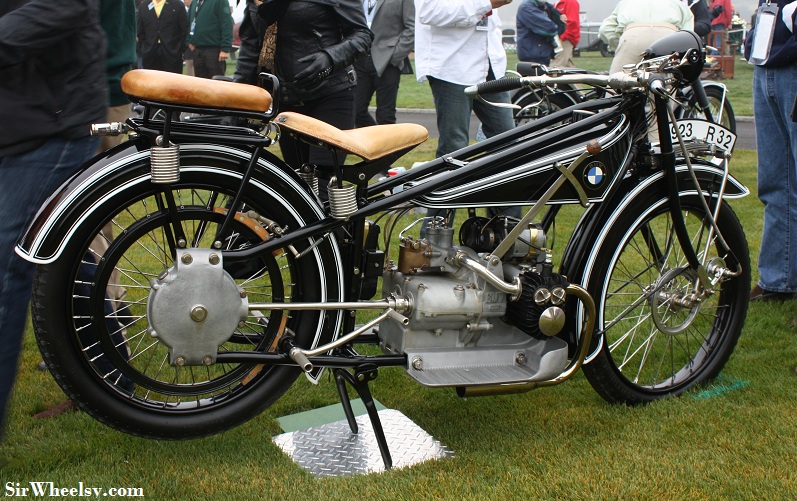 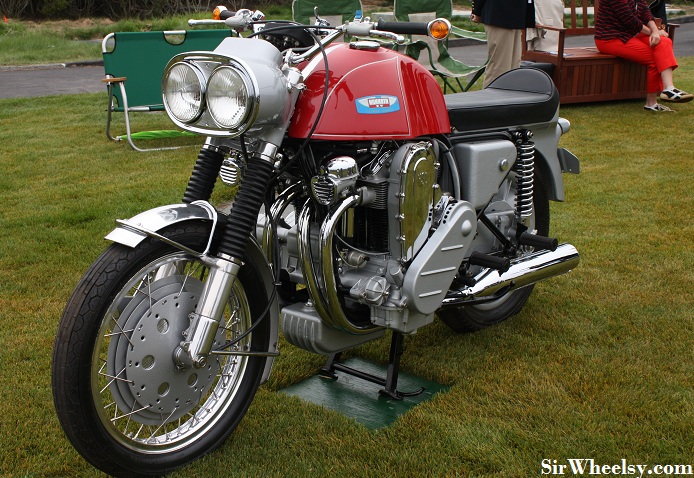 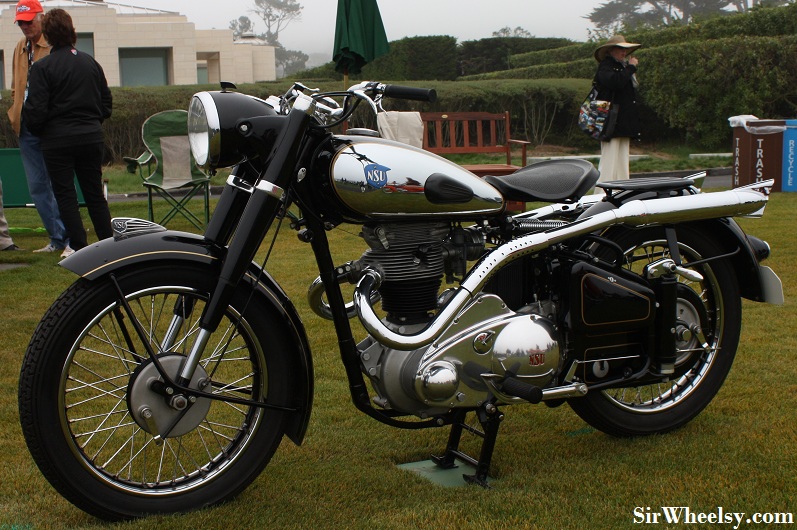 This is a strange one. The 1922 Megola Touring has a five-cylinder, 640cc radial engine which drives the front axle directly. It’s started by pushing it or rotating the front wheel while the bike is on the stand. 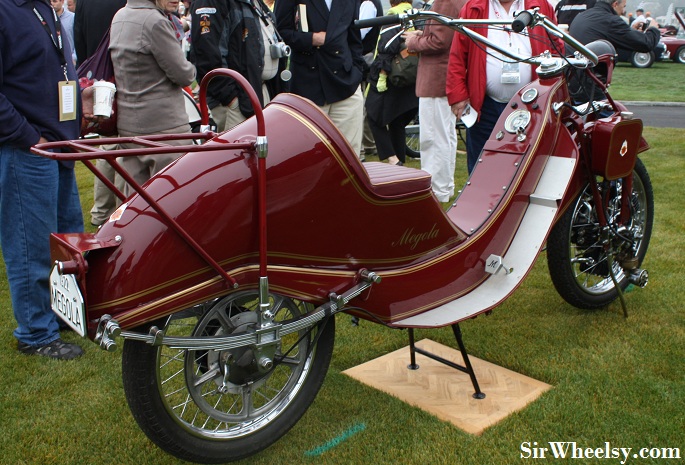 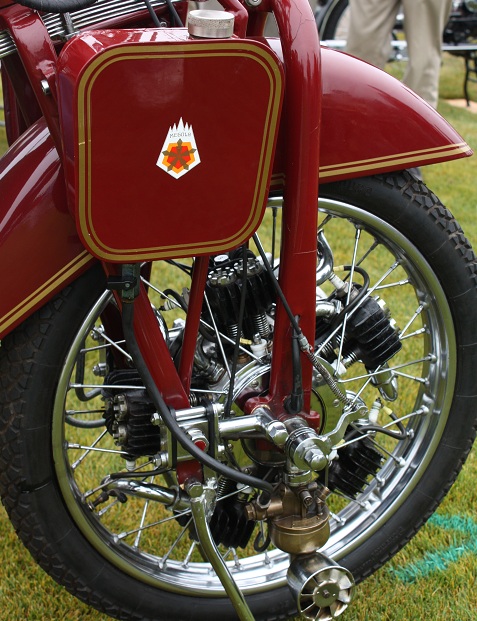 This 1954 BMW R68 just came off the stage after receiving the Second in Class award. Sir Wheelsy thought his motoring attire was quite dashing.

Lastly,another shot of the BMW R7. Here is Klaus Kutscher in action after receiving the First In Class award. – Grant Griffin 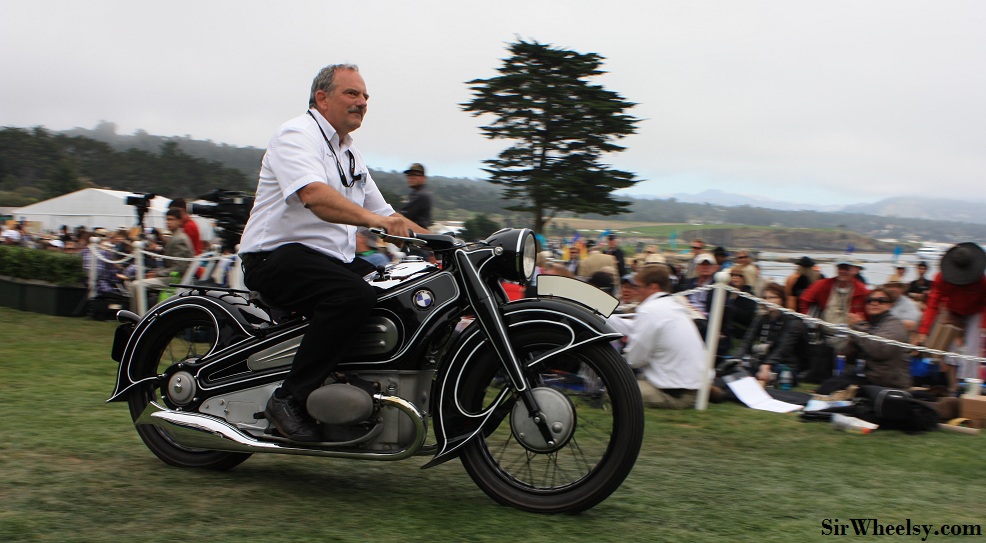