The story goes that a twin-engined four wheel drive Mini Cooper almost took the life of John Cooper himself.

No surprise if Cooper’s was pouring as much gas onto the street as Wayne Carini’s was. I met Mr. Carini and saw the car at the Littlest Car Show a few years ago.  I was afraid someone was going to light up a stogie and ignite the fumes. Of course the man himself and the interesting little car drew a crowd. 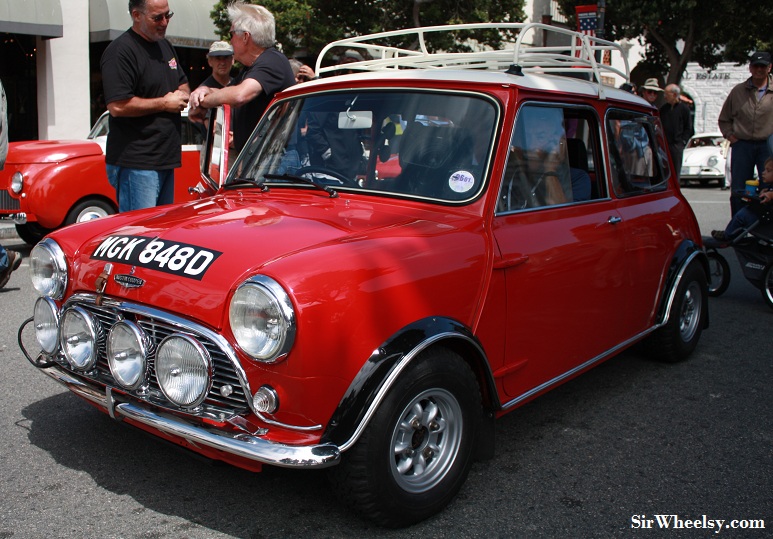 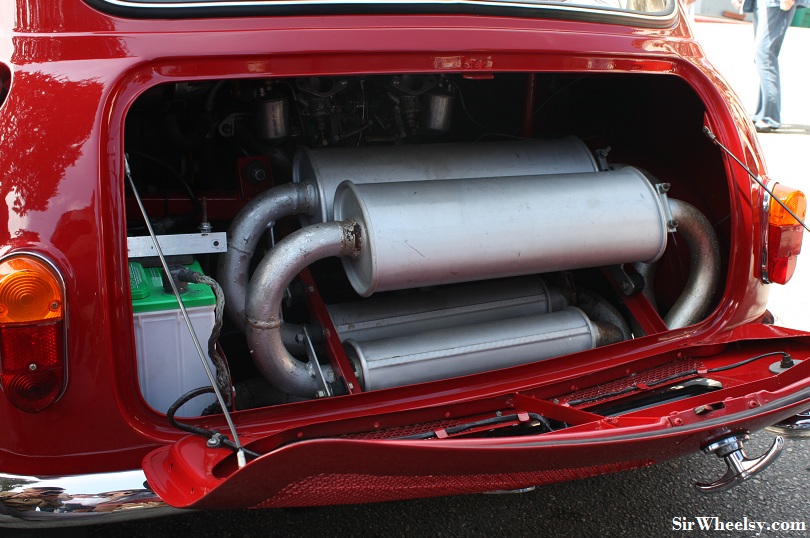 There have been a few double engine Minis over the years including one raced during Italy’s 1963 Targa Florio. Sadly, one engine overheated but the driver still finished the race because he had a spare.